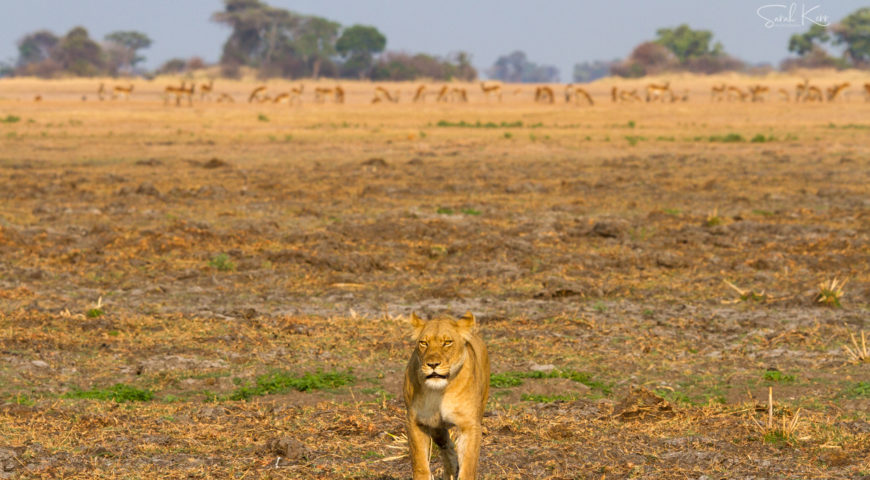 Kafue National Park, a wilderness the size of Wales, is the oldest and largest Park in Zambia. Yet it remains one of the least visited parks in Africa, after having suffered years of neglect.

The park has rebounded due to conservation efforts, and today, the plains are teeming with wildlife. More mammal species have been recorded here than in any other African reserve. there are also more than 500 recorded species of bird and many rarities such as the Pel’s fishing owl, endangered crowned crane and the Narina trogon can be found.

The Kafue’s many habitats are so varied and unique it can be thought of as several separate, smaller parks and we recommend you visit a few. In the south, you find thick miombo woodland interspersed with rock outcrops in the Kaingu area and open savannah in the Nanzhila Plains. Whereas in the north the enigmatic Busanga Plains are often compared to the Serengeti and are only accessible in the dry season.

The Busanga’s fertile flood plains provide good grazing for massive herds of red lechwe, zebra, wildebeest, buffalo and rare roan antelope. As a result of this cornucopia, the area is known for its large prides of lion. It also has cheetah, leopard and African wild dog.

Another highlight is motorboat trips on the Lufupa and Lunga Rivers and dugout canoe trips in the Busanga which put you at eye level with the wildlife. Hot air ballooning is also possible in the Busanga region and offers a truly magical way to game view and take in the magnificent landscape.

Best of all the park is largely empty of tourists.